Days 59 to 67: Damascus to Pearisburg

Due to complete laziness and lack of organisation over the last couple of days it was about 3:30 by the time I left town. In that time I’d managed to fit in a calzone for lunch, a trip to the supermarket and failed miserably to buy new shoes from three different outfitters (they didn’t fit).

The challenge for the day was to find a nice person with a car who’d take me back to Fox Creek. After about 45 minutes or so of standing with my thumb out on the main road out of town a lovely lady stopped and offered me a lift who’d hiked the trail last year and was just back in town for trail days (pictured below). 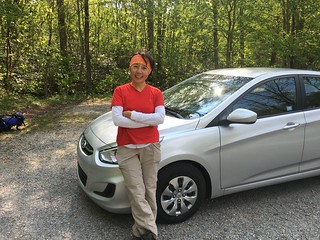 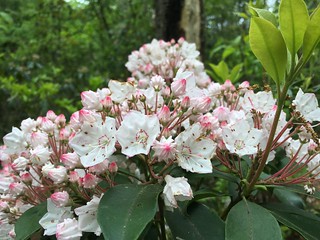 Not a bad day with plenty of ups and downs which I finished a little earlier than planned. When I got to Partnership Shelter at about 4pm Pterodactyl was just placing a pizza order from the nearby visitor centre. The thought of pizza for tea rather than dehydrated rubbish was far too tempting so I cut the day short.

Partnership shelter is by far the smartest shelter so far on the trail. It has a sink with running water, a privy with toilet paper and once the heater’s fixed a hot shower. It also, at the time that I stopped, had a resident local weirdo. He was begging for money and food and drugs off everyone, when somebody gave him Tylenol thinking he was in pain he ground it up and snorted it off the shelter log book. I don’t think anybody was sad to see the back of him the following morning.

I aimed for a slightly longer day to make up for the early finish the day before. A good day of hiking except for the last couple of miles before Atkins which were slick mud.

Around lunchtime I came to a late 1800’s single room school which various local groups had left trail magic in, in the form of fizzy drinks, snacks, toiletries and knitted hats and gloves. A couple of miles later brought the town of Atkins. At least the guide claims it’s a town I’m not convinced to petrol stations and a restaurant really qualify. On the plus side it did have a local restaurant that served cheap large burgers ideal for hikers so I stopped for dinner with some guys I’d bumped in to at the school before hiking on for about 6 more miles.

A horrible day of hiking as the trail was just slick mud for q good chunk of the day.

Chestnut Knob Shelter is a little unusual, it’s only the second shelter I’ve seen with four walls and a door. It’s on a big grassy hill which’d probably have quite a nice view if we hadn’t been in the cloud - however it did lead to a pretty sunset. About half the trail seemed to be here, 007, Tortuga, Constantine, Pterodactyl, Chuckles, Ranger, Norway and Thin Mint just to name a few. 15 of them ended up in the shelter designed for 8 with people sleeping under bunks, on and under the picnic table. 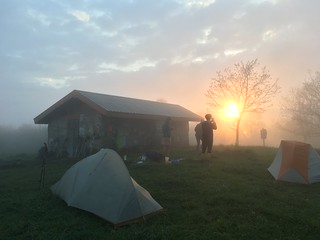 Again too much mud on some of the downhills, other than that a pretty uneventful day.

A really nice campsite just over the road from Laurel Creek. A good bunch of us camped here - Chuckles and partner, Cup of Tea, 007, Tortuga, Thin Mint & her Dad and Rock City. We even had trail magic courtesy of Chuckles and partner who was visiting him for a few days. She brought beer, bread and cheese and crackers and hummus. Ideal to eat beside a roaring fire.

A short day as I needed to stop at Bland post office to collect my new shoes. The days hike again featured mud after s steepish uphill, once I got to the gap to hitch in to Bland i bumped in to Chuckles who volunteered his other half to give me a lift - she’d just finished shuttling in Cup of Tea and Rock City - which made my journey easy.

Unfortunately the parcel was delayed so I ended up spending the night in Bland - which really does live up to its name. The motel wasn’t bad though.

A late start as I had to wait for the post office to open. The hike was horribly muddy all day with occasional showers. My first obstacle was getting back to the trail some 3 miles out of town. After a while of failed attempts to hitch I gave up and started walking and after a mile or so a friendly local picked me up.

The trail was reasonably flat for a good chunk of the trail but again it was horribly slippy with mud. It was also pretty boring in places with a 6.5 mile stretch without a single landmark. The next shelter was too close at 10 miles do I headed for Kimberling Creek - the next point with camping and water. When I got there the water was brown with mud - not at all appetising - due to all the recent rain so I pressed on.

Dismal Falls was the next campsite with water and I arrived there with Tortuga after a my first 20 mile day. The falls were pretty and would be great for swimming on a nice day. 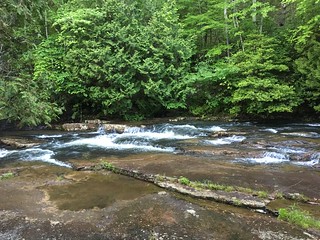 I can’t recommend doing your longest day on the first time you wear new shoes my feet hurt quite a bit.

A purposely shorter day as my feet hurt. In the guide it looked a really easy day, mostly flat with one uphill bit in the middle. Unfortunately the guide lies and it was up and down pretty much constantly. It was also muddy yet again so every footstep risked slipping over.

Coming up to Wapiti shelter at lunchtime I spotted a 6 foot long black snake disappearing in to the undergrowth besides the trail (since informed it’s not poisonous). If you zoom in to the photo below it’s behind the tree trunk. 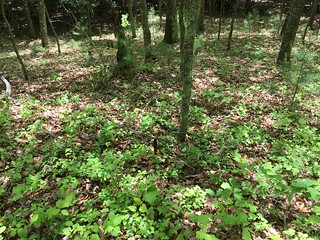 The afternoon featured occasional showers to keep the mud nice and slippy so I was glad to get in to the shelter a little after 007 at about 5. Once I was at the shelter a steady stream of people continued to arrive - unfortunately for them the shelter only held six.

The first 6 miles down to Pearisburg were pretty easy, a little muddy but nothing too steep. However from that point onwards was steeply downhill down slick mud trails. It wasn’t at all fun and really slowed down progress as every time I tried to speed up my feet would slip out from under me.

Arriving in town on the other hand was great, a local gave us a lift from the trail saving a pointless mile, the motel is clean but basic and there’s a supermarket opposite.

As for tonight I’m sharing a room with fellow Brit 007 and Sneaky Pete.

Nope I haven’t forgotten the photos again this week, it just hasn’t been very interesting.