Due to a forest fire north of Hot Springs the outfitters was running free shuttles to Allen Gap missing out 14.5 miles of trail taking about half an hour up to mile 288.5.

Cade managed to miss the shuttle and Link and Reboot decided to stay behind to wait for Woobie and Kiba who were taking a second day off so it was just me heading out this time.

The earliest shuttle available when I signed up was 2pm so this ended up as a pretty short day, although it was far from the easiest at almost five miles of steady uphill climb.

Today saw my first bad weather bypass trails on the A.T., the first avoided a rocky exposed trail up over Big Firescald Knob which I wouldn’t like to have attempted in high winds or a thunderstorm - luckily I had brilliant sunshine. 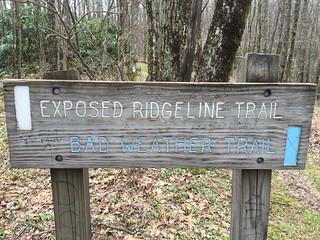 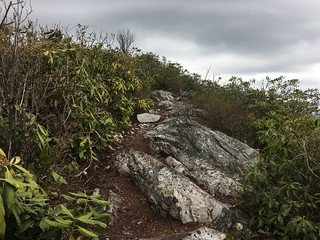 After a quick lunch at Flint Mountain Shelter, it was onwards to the second trail with a bypass of the day, this time over Big Butt Mountain. This trail was much shorter than the last exposed section but featured some very steep rocky sections that would be very difficult in ice or snow.

A nice day of hiking with some really pretty meadows. 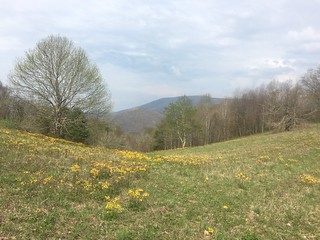 Finally on arriving in to Low Gap campsite at about 5 I pitched my tent in a nice flat looking spot and settled in as normal. Within an hour the heavens had opened and a huge thunderstorm rolled in - the first of three that night. 15 minutes or so in I was starting to worry a little, a couple of inches of water had appeared outside my tent and were starting to puddle underneath. A further 15 minutes or so and it was very obvious I chose a really bad pitch, the water was now 5 inches deep and the puddle now went under my entire tent as if I’d pitched in a duck pond.

A hurried relocation later I was pitched on a bit of a slope with no chance of flooding.

Based on the guidebook this was a deceptive day, there were a lot of uphill sections that were to short to show on the elevation profile but felt like really hard work. The general trend was uphill for the first few hours then downhill, giving us another pointless up.

The days hike ended at the weirdly named No Business Knob shelter. 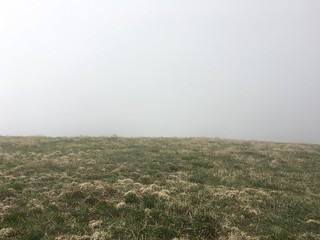 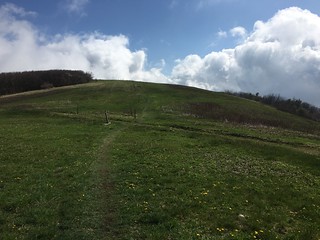 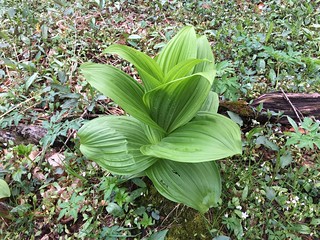 A nice easy day mostly downhill in the Nolichucky River on the outskirts of Erwin, Tennessee. As luck would have it I arrived in Erwin just in time for a hiker bash and music festival. The hikers bash provided free food on Friday and Saturday nights at Uncle Johnny’s Nolichucky Hostel - where I got the last bunk - and the music festival on Saturday closed off the main street in Erwin for a stage and a few dozen market and craft stalls. 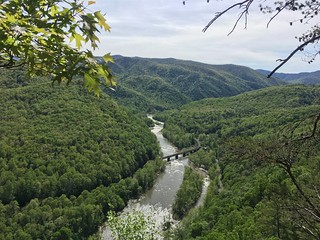 Tomorrows plan is to head out reasonably early back out on to the trail.

Finally while waiting for food somebody spotted a Helgramite on the path. 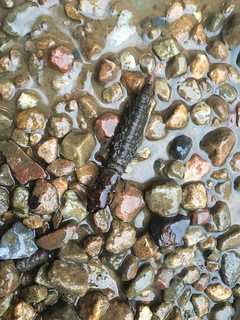