The journey to Antarctica - Part 2

Luckily the flight down to Novo from Cape Town went ahead as planned on Sunday morning (10th) and I arrived at Novo 6 hours later. The upgrade to the 757 was even better than expected, the plane ALCI ended up chartering was fitted out to full on VIP spec with super comfy leather seat and ooodles of leg room. 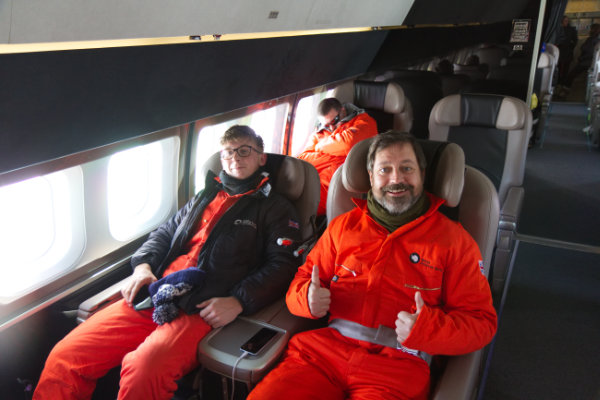 Arriving at Novo the luxury ended but that didn’t matter, we were all too excited to be in Antarctica. Getting off the plane, the Novo staff helped us off the stairs to make sure our Antarctic adventure didn’t end instantly by slipping on the highly polished blue ice runway. 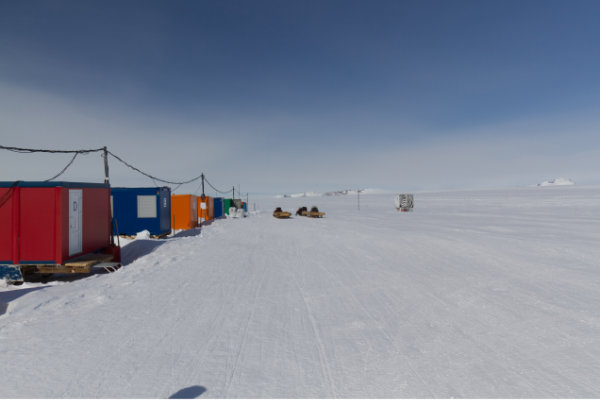 12 lucky people were whisked straight off to a waiting Basler BT-67 - an upgraded 1940’s DC3 - to continue on to Halley. I was left there with 17 others pointed and in the direct on a couple of porta-cabins next to the runway where we’d spend the next couple of nights - that was plenty. The highlight of my stay at Novo was the UK (BAS) vs Russia & Argentina (Novo staff) football match. Watching people play football in giant Baffin boots is hilarious.

While at breakfast on Tuesday morning we were told our flight to Halley would be leaving in 30 minutes, and 25 minutes later we were in the air on the way to Halley. 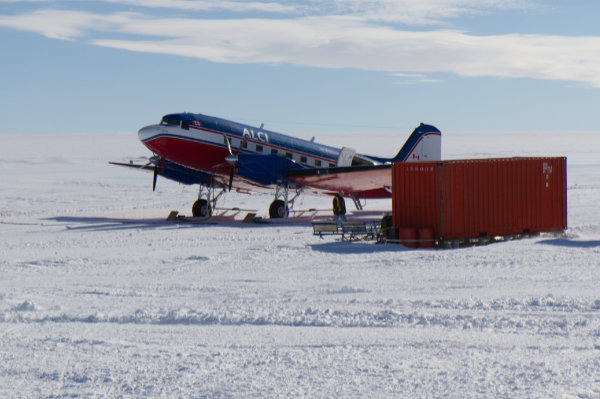 Arriving at Halley was amazing, as the plane came in to land the famous string of modules came in to view and once landed we were greeted by Al, the Halley Station Leader, and welcomed to Antarctica before heading off to the station in a Snow-Cat for a late morning Smoko - an an extra mid-morning meal between Breakfast and Lunch (we have 5 meals a day down here).

With Antarctica being a rather cold, hostile place, we all have to go through an induction when we first arrive on station so this is how I spent the rest of Tuesday and most of Wednesday. Some of this is really obvious stuff like a tour of the modules and where you’ll be sleeping, other parts are about how to stay safe outside or when riding a Skidoo.

Once induction was through, it was on to some work, but I’ll leave that for another post.